IQ Projects have completed a piece of work that saw the creation of a glass box consisting of a curved glass roof, to be used as a sky bar for Soho lofts building. Situated in London’s west end in one of the City’s most exciting and active social areas, Soho. This building holds host to several luxury apartments and acts as an ideal location for those working or exploring the city. As a result of its proximity to Leicester square as well as Piccadilly underground station, Allowing direct travel links to Heathrow Airport as well as Paddington Central Station. 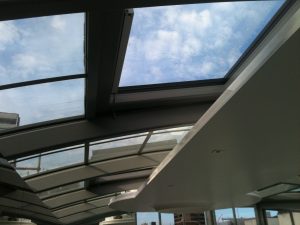 The creation of the Glass box on the building accentuated several key design features of the existing building, as well as bringing several intangible benefits to the residents, the most notable of which was the creation of a surplus of natural light into the building, as a result of the implementation of a curved glass roof benefiting the overall building design and ambiance. This operation contrived several Practical benefits for the building with the creation of a communal space that allows for scenic viewing of Soho and notable London landmarks such as the BT tower and other surrounding areas bringing large value not only to the Soho Lofts hotel but also for those using this feature thanks to this steel structured Rooftop glass box.

One of the primary features of this design is the curved glass roof, designed to fit the existing design of the Soho lofts building, which reduced the amount of visual pollution caused by this glass extension. A feature of which poses considerable importance because of the significance of London’s skyline and its preservation, Even more so in such a heavily visited tourist area. Ensuring the building is complimentary to the area’s aesthetic was a task achieved to immense success with the design of the Glass box and curved glass roof being complimentary and harmonious to the surrounding area.

The glass box consists of a steel structure comprising of straight horizontal and curved cross beams. Although a relatively simple design overall there were elements that required meticulous composition. An example of this was due to the 2.3kn wind load it required the steel work to be fabricated in such a way to provide a 50mm (about 1.97 in) face dimension, to ensure the structures best protection from the wind. 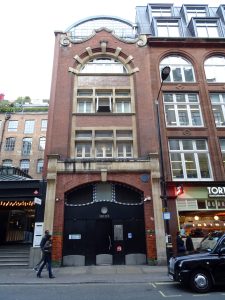 This project acted as a showcase of the high-quality work which IQ projects are doing and highlighted our ability to implement key design elements that meet elevated levels of design and function. Personified in the curved glass roof which adheres to design standards whilst still maintaining a high aesthetic appearance. 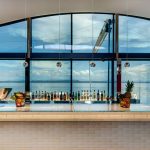 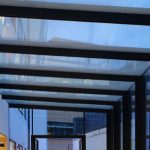